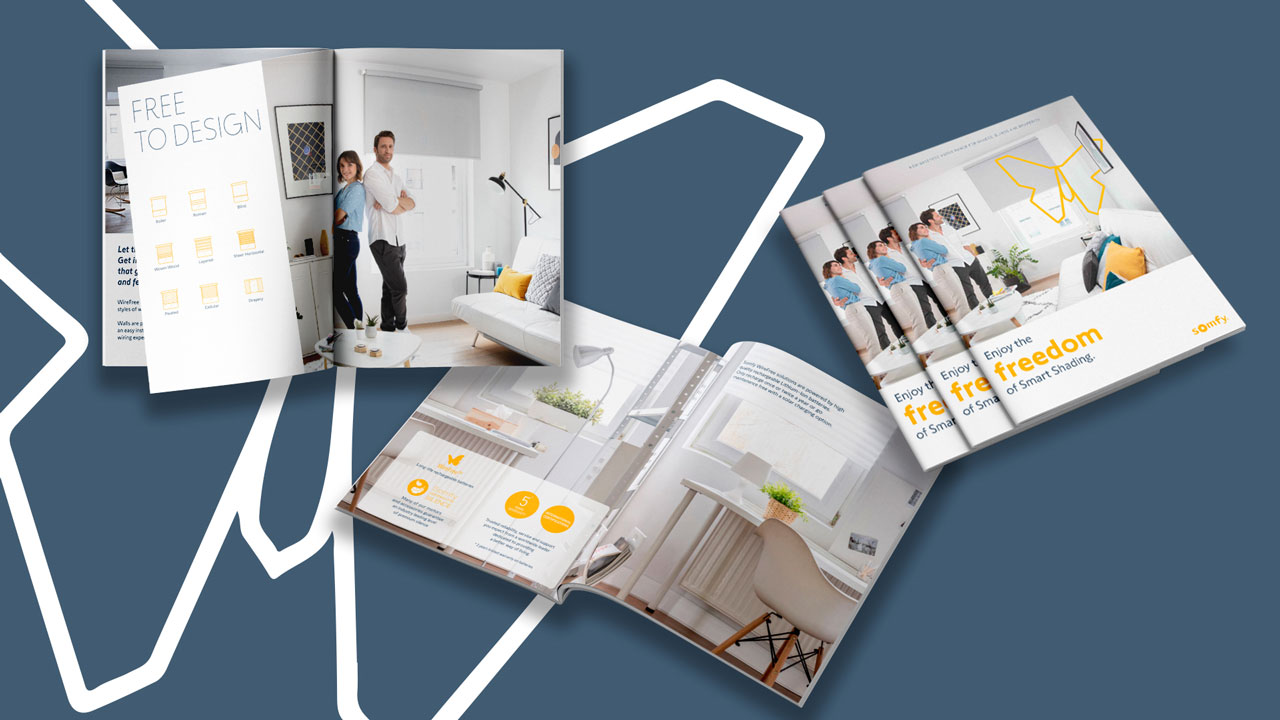 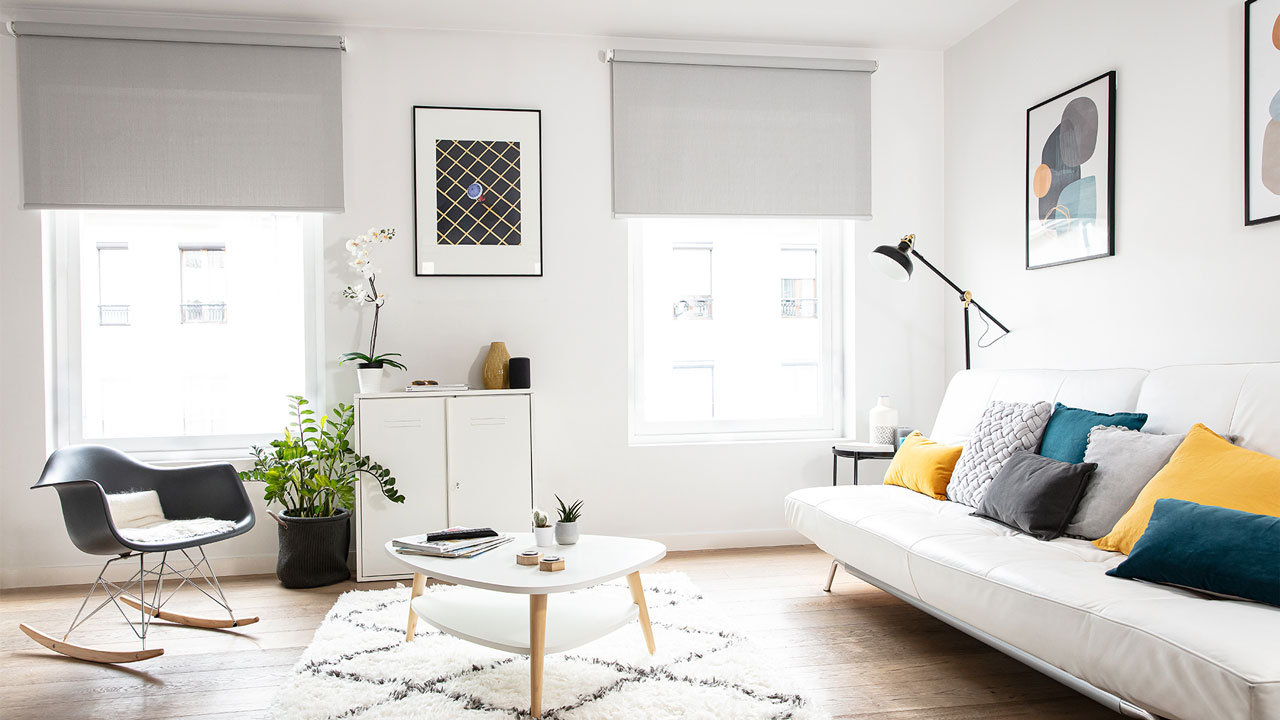 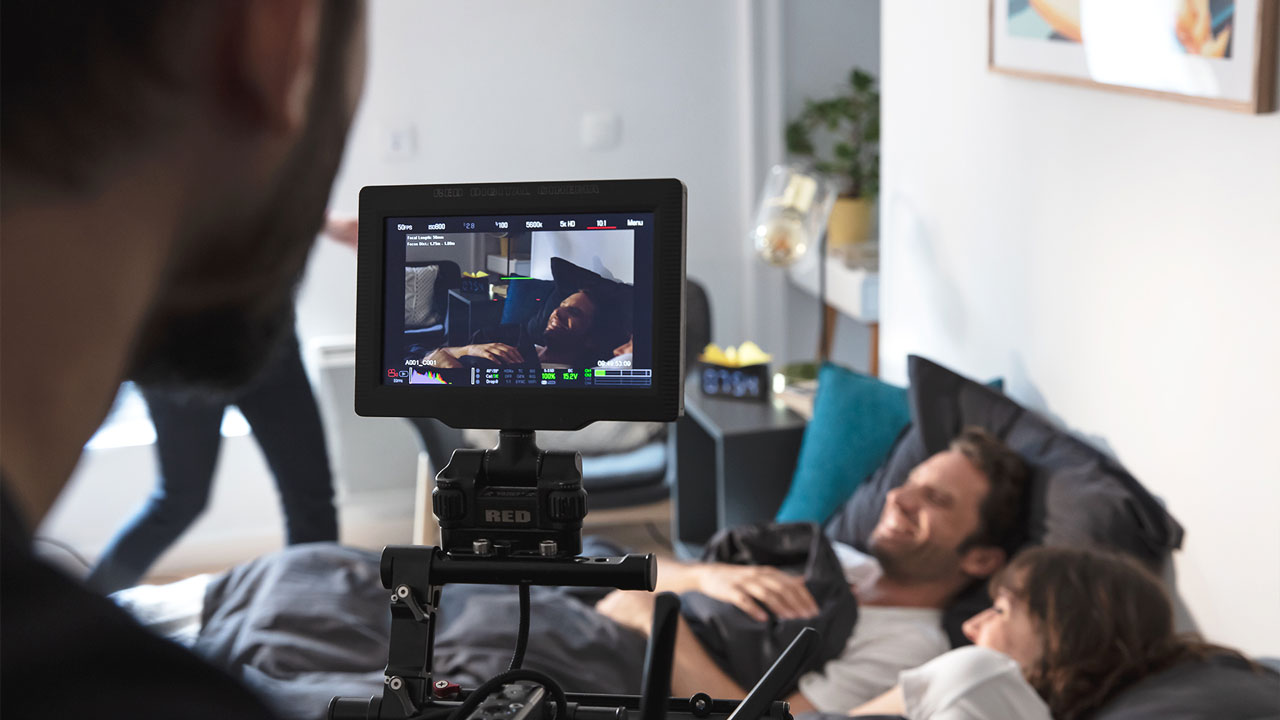 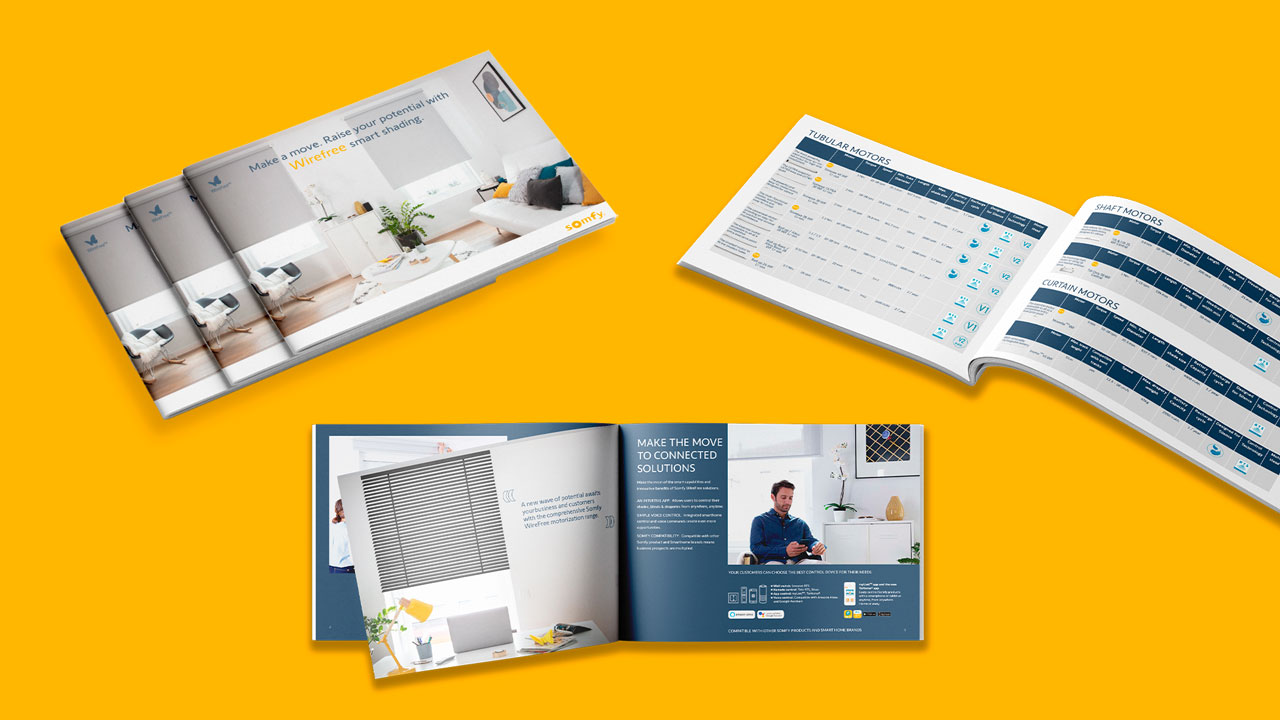 Liberty and creativity for the WireFree range

For Somfy, the world leader in the automation of housing doors and windows, the WireFree range for the motorisation of interior curtains needed a little boost. This is a very weak market in France (where exterior shutters are more likely to be motorised), but has enormous potential in Northern Europe, America and Asia. The challenge was even stronger for the latter two markets as the brand is not so well known in Europe. There was therefore a need to find a creative concept apt to comply with the codes of the interior decorating world, while retaining SOMFY’s DNA and speak to both the American and Asian markets, which are very different regarding interior decoration.

After an exploratory phase, some strategic planning to grasp the context, the creative concept was anchored in communication of the range which had been in existence for several years. The intention was not to revolutionise, but rather to evolve the range’s look in order to ally it to the modern codes, which inspire BtoB clients as much as the final consumers.

Finally, the creative concept was promoted through the communication kit for subsidiaries: a visual key, a press release in English, long and short videos, photos and BtoB and BtoC brochures.